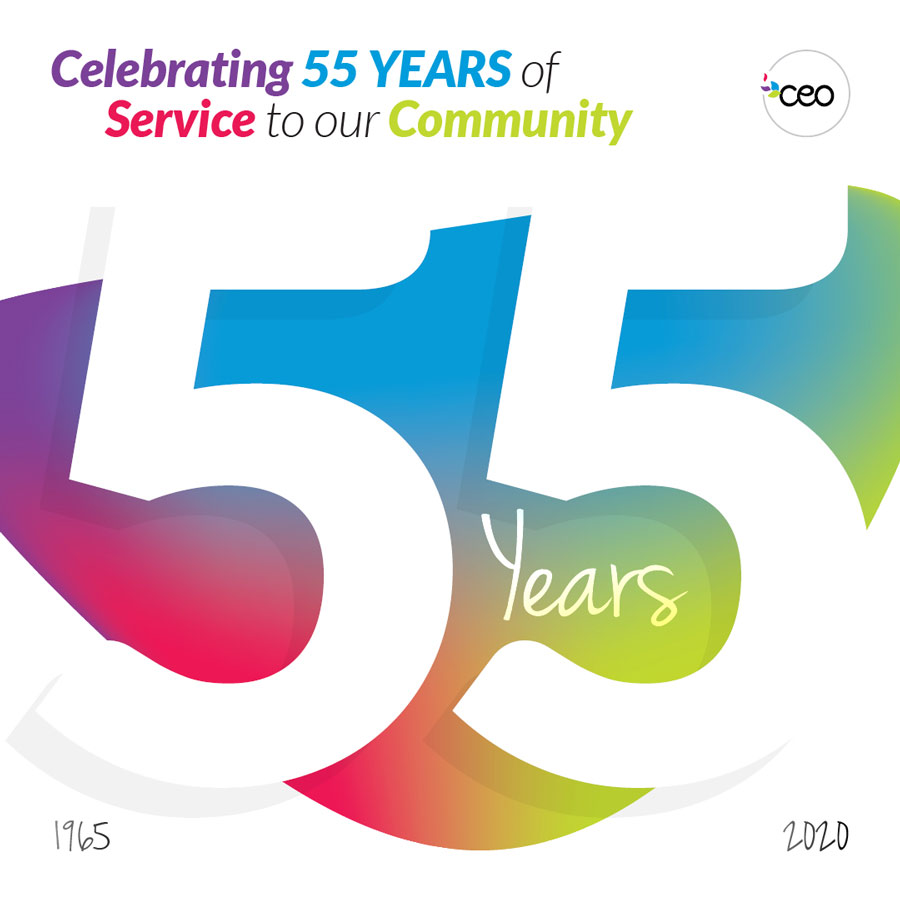 It’s a big anniversary for CEO! 2020 marks 55 years of serving as Rensselaer County’s Community Action Agency.  During the 1960s, the Economic Opportunity Act was passed, and CEO was officially incorporated in 1965. Over the decades our programs have expanded and changed, but our mission to help residents of Rensselaer County lift themselves out of poverty has stayed the course. As we close out our 55th year of service, we wanted to take a moment to reflect on some of the highlights throughout the decades:

Through the end of the year, we’re asking our community to help us in a few special initiatives to honor this significant 55-year milestone!

You can make an online monetary donation to help support our Thanksgiving food packages, or the upgrading of our Rensselaer Family Resource Center playground featuring STEM-focused equipment.

Or you can shop on our Amazon Wish List and have items shipped directly to our Community Resource Center to help stock our Pantry or prepare for the Thanksgiving season!

Thank you for your continued support!