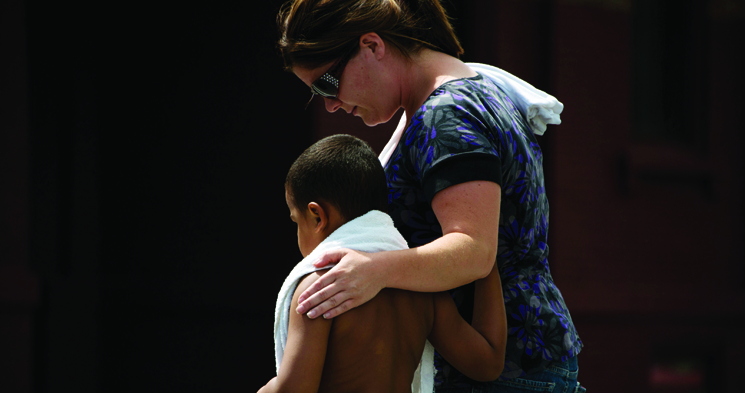 Troy, NY – Tuesday, September 6, 2016 – As part of an effort to confront poverty in neighborhoods across the Collar City, Mayor Patrick Madden today announced the City of Troy has selected the Commission on Economic Opportunity (CEO) to develop and implement a plan to reduce poverty among households and families in Troy. The effort is part of New York State’s Empire State Poverty Reduction Initiative (ESPRI), a state program announced by Governor Andrew Cuomo earlier this year, which selected Troy as one of 16 communities across New York to receive important community assistance funding to be used toward planning and implementation of a local anti-poverty initiative.

“The Empire State Poverty Reduction Initiative is an important part of our ongoing efforts to tackle the challenge of poverty in the city of Troy,” said Mayor Patrick Madden. “CEO is strongly-positioned to leverage their experience and programming through engagement of our existing non-profit network, local businesses and community stakeholders here in the Collar City to begin exploring additional ways to increase economic mobility and expand access to important support services for our residents. I want to thank the Governor for his commitment to improving the lives of all New Yorkers and look forward to working together with CEO to address this issue which negatively impacts our communities and neighborhoods.”

CEO will serve as the City of Troy’s designated not-for-profit and coordinating organization for ESPRI and will establish an anti-poverty task-force composed of local community organizations and oversee the administration of the entire initiative. With assistance and support from NYS Office of Temporary and Disability Assistance and NYS Department of State, the group will be tasked with identifying common issues that contribute to individuals living in poverty and develop comprehensive strategies and solutions to address those needs.

“The Empire State Poverty Reduction Initiative presents an important opportunity to strengthen the future of our community for all residents,” said Katherine Maciol, President of CEO. “In administering the ESPRI investment, CEO will seek to maximize the existing efforts of the many local organizations already committed to serving the needs of our community. Further, we will engage community members themselves to reduce feelings of disenfranchisement and affirm that Troy’s future holds a place for each of its residents.”

Mayor Madden identified poverty, particularly among Troy youth and those in minority communities, as a major issue which negatively impacts the city’s many diverse neighborhoods during his 2016 State of the City address and committed his administration to support efforts which address poverty, inequality, and the lack of economic opportunity.